Chief Mike Reese says the PPB Crisis Intervention Team will be reconstituted. These changes are not what the DOJ specified in their Preliminary Agreement on Reforms Regarding Portland Police Bureau’s Use of Force Against Persons with Mental Illness.


We OPPOSE this change. From the launch of CIT in Portland until all officers were trained in response to the brutal death of James Chasse, families of persons with mental illness had to make due with the constant excuse, “We don’t have a CIT officer available.” Few if any of the police shootings of persons with mental illness in the last decade were situations where a specially trained officer could be brought to the scene. (Aaron Campbell is an exception, but he was identified by police as drunk and not mentally ill, so no mental health professional was consulted.)


The Portland Police Bureau’s earlier effort at satisfying the DOJ is a new ‘suicide’ crisis line, Lines for Life, duplicating and competing with an in-place, effective and paid-for system, the Multnomah County Crisis Line (503-988-4888). If there was any logic here, it escapes us. (MHAP, as usual, was not invited as a ‘stakeholder’). 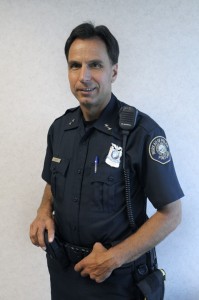 The Portland Police Bureau is making changes in response to the recent Department of Justice (DOJ) investigation. These changes are in regard to crisis response during encounters with someone with mental illness or perceived to have mental illness, as well as policies involving force.

Recently, Chief Mike Reese met with members of the National Alliance on Mental Illness (NAMI), as well as other mental health stakeholders and families whose loved ones struggle with mental illness. The group discussed how officers respond to these situations, which are complex and unfold quickly. Arriving officers most often do not know if the person is suffering from a medical problem, mental health issue, drug and alcohol issues, or some combination of two or more. With that in mind, the Chief is creating a Crisis Intervention Team – a volunteer specialized team.

Under this new model, the Police Bureau will continue training all officers in CIT, but we will also have a team of officers, who receive enhanced training to ensure they have consistent updates related to resources and mental health and addictions systems issues. These officers will continue to work their normal patrol duties, but can dispatched to a call in progress where mental health issues are the primary reason for the call. If no crisis calls are waiting, CIT Officers will perform their regular duties. In addition, these officers will work in coordination with the Mobile Crisis Unit to identify individuals in our community who have frequent police contact due to their mental health and/or addiction issues.

The internal bureau position announcement was posted on Monday and will involve officers currently working a uniform assignment. They will be selected after November 15, 2012.

The Bureau is also making changes to three Directives that involve force: Taser, Application of Force and Use of Deadly Force.

The Bureau already has a higher standard than the federal standard when it comes to use of force. But the Bureau aspires to continual improvement: These draft Directives are in response to the DOJ, but also contain changes that bring the Bureau in line with its current training as well as best practices in policing.

The Bureau is asking the community for feedback on all three draft Directives. After reading the directive, there is a place for community members to provide comments.

All comments are due by Friday, November 2, 2012. Send your comments via email to Mike Reese because this FORM is ridiculous.

One Reply to “With deadline for agreement with DOJ stalled, police rush to make changes”