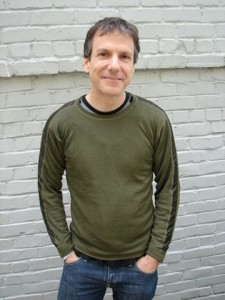 Will Hall is director of Portland Hearing Voices


I’ve been doing a lot of research on Portland Hearing Voices, a new group—one of the first of its kind in the US—that’s been recently formed by Will Hall, for people who hear voices or otherwise have unusual sensory experiences. His own story is recorded here, and is well worth a read, as it demonstrates the need for the mental health system to rethink the ways in which it diagnoses and treats symptoms that are most often associated with schizophrenia. Here’s an excerpt:


That began a year-long stay in the public mental health system. I needed help, but instead I was treated like a disobedient child with a broken brain, punished and controlled, including more than two months in a locked unit. I went from being a human being to being a mental patient. I was put in restraints – not because anything I did but they said it was just for transporting me to the hospital. After being restrained I had nightmares that I was being raped, and I still have flashback reactions to anything that reminds me of that experience. During the time I was in the system I was locked in an isolation cell, threatened with being strip-searched, given more than a dozen different drugs, and subjected to patronizing group therapy that never acknowledged what was really going on.

I spent several months taking a very powerful ‘anti-psychotic’ tranquilizer drug called Navane, used to treat schizophrenia. It completely changed my personality and denied me the most basic sense of who I was; it made me stupider, slower, fatter, and also, because of the side effects, at times more desperate and suicidal. At one residential facility I was at, a man had killed himself right before I arrived. A patient who was his friend told me why: he was having severe side effects from his meds and no one was listening to him. The meds were why he jumped off the roof and killed himself, not mental illness. When I was on medication it was impossible to know how much of my pain was the medication, not the problems I had to begin with.

The group exists for those who identify with a diagnosis, or don’t; who feel comfortable with medication, or don’t; and strives to educate the general public and dispel the ignorance and fear long associated with mental health problems diversity. Tonight is the official kickoff and benefit, taking place at Backspace at 8 PM, with music from The Reed Sea, Reclinerland, and Gavin Castleton.

I’m definitely going, and was already planning to even before last night’s dream, in which I went to a Portland Hearing Voices event (in the dream it was not at Backspace, but in an open-air plaza littered with crushed pigeons, but whatever), and after which was confronted by a guy who suddenly materialized on my living room couch without a face. I asked him who he was, at which point he developed a totally average looking face and said, “I’m the devil. Stay away. We don’t want you near there.” To which I said (what else are you going to say to the devil, really?), “Fuck you!” and grabbed a camera, taking pictures like a paparazzi until the devil did a swan dive and disappeared between my couch cushions. Then all these plants starting sprouting out of the rug, turning the living room into a lush, green jungle. Which I guess means, I won.

EXTRA – Backspace Gallery is located at at 115 NW 5th & 503-248-2900.
EXTRA – The Mental Health Association of Portland is proud to be associated with Portland Hearing Voices.