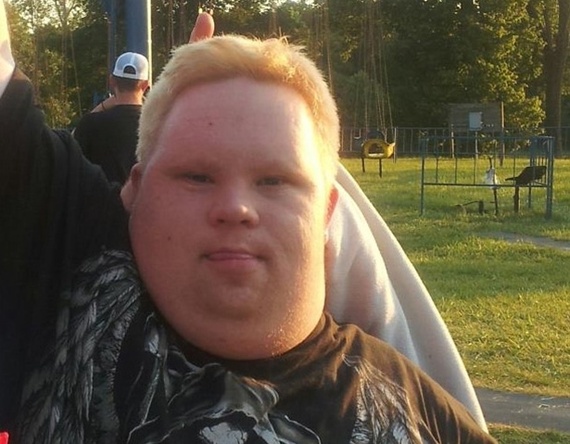 On April 29, the Senate Judiciary Committee met to discuss law enforcement responses to disabled Americans. The committee, chaired by democratic Senator Dick Durbin from Illinois, met against the backdrop of the death of James Boyd, a homeless man who had been in and out of psychiatric hospitals, shot to death by police in Albuquerque, and Ethan Saylor, a man with Down syndrome who suffocated to death while handcuffed by off-duty deputies working as security guards in a Maryland movie theater. They are just two of many people with psychiatric or intellectual disabilities killed by law enforcement.

In the face of these deaths and many others, the senators and witnesses all argued that something must be done. Suggested solutions included increased funding and support for Crisis Intervention Teams (CIT) training and the Justice and Mental Health Collaboration Act, which would improve access to mental health services for people who come into contact with the criminal justice system and provide law enforcement officers tools to identify and respond to mental-health issues.

While the hearing focused on troubling, high profile, and tragic cases such as those of Boyd and Saylor, the scope of the problem extends to virtually every kind of disability. Encounters with police have also taken an unnecessarily violent turn for people with disabilities that are not psychiatric or intellectual, including conditions that are physical or sensory:

While specific details vary by case, the common threads that link these stories together are often disconcerting. Law enforcement officials expect and demand compliance, but when they don’t recognize a person’s disability in the course of an interaction, the consequences can be tragic. Misconceptions or assumptions can lead to overreactions that culminate in unnecessary arrest, use of pepper spray, or individuals being tasered.

Sadly, while incidences of this sort aren’t necessarily new, for many of us, learning about them is. The Internet, social media, and ubiquitous cell phones have helped catapult stories that were once easily restricted to local police blotters to unprecedented national prominence.

As National Council on Disability (NCD) Executive Director Rebecca Cokley wrote in her testimony to the Senate Judiciary subcommittee, “misunderstandings, fears, and stereotypes about disability have led to tragic outcomes throughout U.S. history. During the American Eugenics movement, pseudo-scientific ‘evidence’ gave way to popular myths linking disability and criminality, and the inheritability of both.” As a result, people with disabilities were devalued, isolated from the rest of society, prevented from attending school, getting married or becoming active and engaged in their communities.

“It doesn’t take an act of Congress to make you realize that relationships are everything.”

Fortunately people with disabilities now enjoy far greater civil rights that have come hard fought in the least 50 years. However, harmful attitudes and assumptions, once established, can be difficult to replace even in the face of evidence to the contrary.

Disability is varied and complex. Sometimes disability is visibly apparent, making it easier for law enforcement, to see—if not misinterpret. For others, disability is invisible. Whether it is written in the genetic code and is a companion since birth, or becomes a part of one’s experience later because of age, accident, or public service during the course of our natural lifespan many of us will move in and out of states of disability, whether it is due to breaking a limb, becoming diabetic, or conditions related to aging.

The disabled community relies on law enforcement as the first line of defense and protection in countless situations of varying complexity. Strengthening this important relationship could be a step toward preventing the sort of misunderstandings that can result in tragedy.

“When you know someone with a disability and have a relationship with that person, it changes your whole being and perspective. At the local level, we have a real opportunity to build relationships with our local law enforcement and public sector officials, the ones that are on the frontlines serving our communities… Local disability advocacy organizations and providers should build lasting relationships with their local law enforcement and public sector officials. It doesn’t take an act of Congress, federal or state mandate, or even money to make you realize that relationships are everything.”

The recent hearing by the Senate Judiciary Committee is an important first sentence in an ongoing dialogue about how law enforcement officials relate to people with psychiatric, developmental, and physical disabilities. Non-compliance isn’t automatically criminal, and if more police understood that, it could minimize the violence.

At the end of the hearing, Senator Al Franken remarked, “I think we need CIT training for every law enforcement official.” CIT training is one component, along with increased community support, public engagement, and funding. These are all steps we can take to try to decrease the likelihood of more mistreatment of those like Saylor and Boyd.

But as long as disability is misunderstood and criminalized, even unintentionally, nearly everyone will be at increased risk.