The Washington County district attorney says the case of an Aloha man charged with the violent 1997 slaying of his ex-wife illustrates the woeful inadequacy in Oregon law regarding mentally-ill offenders. 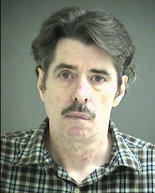 Donn Thomas Spinosa, now 58, was arrested in May of 1997 after his ex-wife Kathleen Relay, 53, was found stabbed to death on the floor of her Aloha home, said District Attorney Bob Hermann.

After a judge agreed Spinosa was unable to aid in his own defense, he was civilly committed to the Oregon State Hospital, and has been in mental health care facilities ever since, Hermann said.

A November 2000 report from the Oregon State Hospital noted some improvement, but concluded it was likely Spinosa would “be unfit to proceed indefinitely.”

Charges against Spinosa were dismissed in November 2000 because of a state law that limits the time a criminal defendant can be held in custody if he is judged unfit to stand trial.

“Under the law, we had to dismiss the charges,” Hermann said.

But in 2010, the State Hospital informed it had done all it could for Spinosa, and were prepared to set him free, Hermann said.

As a result, the criminal matter was again presented to a grand jury, which voted to indict Spinosa on all four murder counts.

The case is built on Spinosa’s long and violent past, the bloody shirt he left at the scene and his history of threatening Relay, according to police reports. Witnesses saw him drive her car away from the scene after she wouldn’t give him money for video poker.

Hermann said records from the State Hospital between 2000 and 2009 indicate a distinct and continuing pattern of bizarre, aggressive and violent behavior by Spinosa.

“A fair summary of Mr. Spinosa’s records during this timeframe provides little to suggest Mr. Spinosa was or is a candidate for release to the community, based on his mental illness and behaviors,” Hermann said. But he must basically be re-evaluated every year to determine his fitness to stand trial.

Charges could only be re-filed because there is no statute of limitation on murder. For a rape or robbery, the district attorney’s office “couldn’t have done anything,” and Spinosa might well have gone free, Hermann said.

“It begs the question of why were they ready to release him?” he asked. “If he still lacks ability to proceed, the law requires we dismiss the charges again. If that happens, then what happens with this guy?”

In a memorandum to the court, Hermann wrote: “The State will seek an order that best serves the defendant and the public considering the history of this defendant and case.”