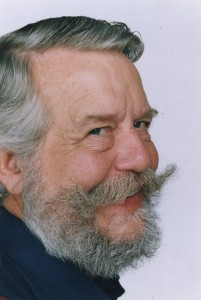 By Allan Classen, editor of the NW Examiner, March 2010

Bud Clark loaned me a book last fall, knowing I had an interest in its subject.

After a 34-year law enforcement career in San Diego and Seattle, Stamper concluded that police culture, personality traits, unions and paramilitary bureaucracy all stand in the way of long-overdue reforms.

“I wish I had read that before I became mayor,” said Clark, who went through five police chiefs during his tenure as mayor and commissioner of the police bureau from 1985-1993.

The book provided insights as to why the issues he wrestled with decades ago keep recycling year after year and dragging elected officials down with them. But even that new understanding goes only so far.

The man known as the “citizen mayor” is at a loss to explain recent incidents of excessive force, including shooting a 12-year-old girl with a bean bag and killing unarmed Aaron Campbell—incidents that brought Jesse Jackson and an embarrassing national spotlight to the city.

“How do you shoot someone in the back to protect yourself?” asked Clark.

After reading Breaking Rank, in which Stamper adds nationwide research to his own observations, Clark said Portland’s policing problems are part of a predictable pattern.

“It happens all over the country; it’s part of the police culture,” he said.

He sees no quick fixes. Making institutional changes of the necessary scale is a “very frustrating” process that continues to stifle city commissioners.

To the ex-mayor, the Campbell case underscores the need for a complete overhaul of police practices. Clark can’t understand the philosophy that puts police officer safety above all other considerations.

“How do they train them?” he mused. “That’s a big issue. They’re taught to shoot first and think later.

“I grew up in the era of the Lone Ranger and Green Hornet,” he said, referring to comic book superheroes who disarmed villains without harming them.

That may have been fantasy, but the police of old “used to shoot people in the legs,” he said. “Now they shoot to kill.”

Soon after taking office, Clark got a crash course in police oversight, a challenge he accepted against the advice of former City Commissioner Charles Jordan, who warned that managing the police would drain too much of his time and bring political headaches.

But Clark, coming from a career running small businesses, accepted the role of police commissioner because only the mayor has the authority to hire and fire the chief of police in Portland. Any commissioner put in charge of the police bureau holds the weak hand in a showdown with the chief.

Armed with the lesson of President Harry “the Buck Stops Here” Truman, who fired popular general Douglas MacArthur, Clark was prepared to defend the authority of his office.

When his third chief, Jim Davis, punctuated a demand that Clark provide him with a personal copy of a staffing report with the words, “Read my lips,” Clark responded in kind.

The showdown at the Fat City Café was the talk of the town for weeks. The principle of police accountability to civilian control had prevailed.

When Clark took office, he discovered a police bureau riven with intrigue, back-stabbing, sexual affairs and conflicting purposes. Yet his tools to reform it were limited.

Clark found their actions deplorable, “so I fired them,” he said. “I thought I could fire people.”

The officers appealed, however, and were reinstated by an arbiter. To Clark, it was further evidence that the Portland police system did not work.

In preparation for his term in office, Clark watched a documentary comparing law enforcement in Tokyo, Portland and Santa Anna, Calif. His hometown did not fare well in the comparison. While the other cities achieved breakthroughs, the documentary concluded that Portland lagged behind with a traditional policing model that did not build trust and cooperation with its citizens.

In time, the Portland mayor befriended Tokyo Gov. Shunichi Suzuki, who told Clark that having police officers live in the communities they served was a prerequisite for community policing. But in Portland, the Portland Police Association blocked such a requirement.

Clark’s first selection as chief was Penny Harrington, the first woman to head the police department of a major American city. It was a message to the strong-arm, macho element of the bureau. After her tenure ended in controversy, he promoted community policing advocate Tom Potter as chief. Still, transforming the bureau proved a slow-moving process.

Clark was irritated that despite evidence that interacting with people on the street and becoming part of the community was the way to go, Portland police remained isolated in their patrol cars, doing things the old way.

The reason neither he nor his chiefs could bring about reform, he believes, boiled down to the power of the cops’ labor union, the Portland Police Association.

“The union is the big difference,” said Clark. “In Japan, they have control.”

Author Stamper, although considered a liberal crusader on most police issues, goes a step further in his distaste for police unions.

“Police unions are, with noteworthy exceptions, a pernicious embarrassment to law enforcement,” he wrote. “They’ve fought ferociously against equal employment opportunity for women, people of color, gays and lesbians. They’ve opposed citizen review initiatives and undermined existing accountability measures. They’ve whined their way to a second set of ‘due process’ protections for brutal or dirty cops.”

Stamper may not have been thinking of Portland in particular when he wrote those words. But then, maybe he was, at least in part. He described himself as a good friend and fishing buddy of Potter, the former police chief who later became mayor.

After reviewing his thoughts on the bureau that keeps making the same kinds of mistakes and harboring the same kinds of destructive attitudes—then blending them with Stamper’s more global observations—Clark isn’t optimistic that the Portland Police Bureau can be reformed.

His thinking has also been shaped by Don Clark, no relation to Bud but a longtime friend who was Multnomah County Sheriff from 1963-1967 and later served as county chair and county executive.

For years, Don Clark had preached a more humane, less militaristic style of policing, and Bud looked to him for guidance in reshaping Portland’s police bureau. After his election as mayor, he asked the former sheriff for a white paper on what should be done to turn the bureau around, an assignment Don regrets he didn’t have the time to fulfill.

“He wanted to be the kind of mayor who could be proud of his police bureau,” said Don Clark.

But the political realities were too much to overcome.

“Bud couldn’t budge the Portland police department to do anything,” said Don Clark.

Potter agreed that Bud did all he could to turn the bureau around.

“He knew what he wanted,” said Potter, who with Clark’s backing instituted the policy that “if you weren’t doing community policing, you didn’t get promoted.”

As an adviser to the campaign of an unsuccessful City Council candidate in the 1990s, Don Clark suggested that the Portland Police Bureau had become so intractable that the best solution was to dismantle it entirely and create a new institution in its place.

“That’s probably what I said,” he recalled.

It may not have been the fullest summation of his views on policing, but it was memorable in scope and intensity.

“I’ve thought about that a long time,” said Bud Clark of his friend’s stunning indictment of the Portland Police Bureau, “and I absolutely agree.

“There is a culture there that’s so ingrained that you can’t get rid of it.”

It’s a culture so closed that police officers “have no idea how people outside the police bureau think.”

That’s why a police protest leading to reversing the suspension of Officer Chris Humphreys, who was involved both with the beating death of mentally ill James Chasse Jr. in 2006 and the recent beanbag shooting of the 12-year-old girl, was trumpeted by the police union as a great victory.

It was not the right outcome in the mind of Bud Clark, however, whose sense of justice comes from a more basic point.

“You kill somebody, by God, there’s got to be accountability,” he said.

One Reply to “Cop shop beyond fixing”