The City of Portland, TriMet and Multnomah County face a federal civil-rights lawsuit that claims a Portland cop Tasered a developmentally disabled man on a public bus. Police reports obtained by WW in a public-records request fill in the cops’ side of the story.

According to the suit filed July 21 in U.S. District Court in Portland, Calbruce Jamal Green was on his way home from Gresham to his home in North Portland on the night of Dec. 7, 2009. 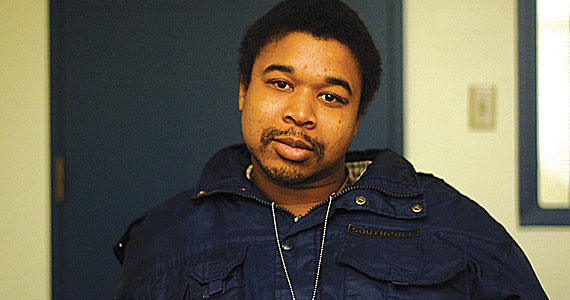 Green was 33 years old at the time. The suit says he has been diagnosed with multiple developmental delays, expressive language disorder, seizure disorder and mild mental retardation, and has an IQ of 55.

The evening was extremely cold and Green had no hat or gloves, the lawsuit says. While switching buses at the Rose Quarter Transit Center, the suit says a TriMet driver let Green onto an out-of-service bus to keep warm while he waited. Green showed his “Honored Citizen” pass when boarding, which should have signaled to the driver that he is developmentally disabled, the suit says.

Shortly afterward, the suit says, a TriMet employee asked Green to leave the out-of-service bus. But Green stayed in the back seat, the suit says, because he was confused and believed the bus would take him home.

Transit cops—who hail from multiple agencies and police the region’s transit system—were called to the scene. Beaverton Police Officer Keith Welch was the first to arrive.

According to Welch’s written report, Green had his hands tucked into the sleeves of his bulky jacket and refused orders to take them out. Green said “I just want to go home” and “I’m not doing anything wrong,” according to Welch’s report.

“He did not take his hands out and stared at me blankly,” Welch wrote.

Welch warned Green again that if he didn’t remove his hands, Welch would Taser him. Green still refused, so Welch fired his Taser into Green’s chest, but the voltage had no effect through the bulky coat, according to Welch’s report.

Green yelled “ouch” and leaned over onto the seat next to him, according to Blazer’s report. After the Taser cycle was complete, Green put his hands on his head, and Welch and Blazer escorted him off the bus.

The cops found two pills Green was carrying in a daily-reminder medicine holder and assumed they were Ecstasy. They booked Green into Multnomah County Detention Center on charges of interfering with public transit, interfering with a police officer and possession of MDMA. All of those charges were later dismissed.

Despite her wishes, Green was released at 2:30 am without his medicine and with no call to his grandmother, the lawsuit says. TriMet was out of service at that hour, so Green had to walk home four-and-a-half miles, according to the lawsuit. After calling the jail at 4 am and learning he’d been released, his grandmother drove around the neighborhood and located Green a few blocks from his building.

The suit, filed by Portland lawyer David Shannon, seeks $150,000. The City of Portland, TriMet and Multnomah County all have policies against commenting on pending litigation.

One Reply to “Portland Cop Tasered A Disabled Man on TriMet”