The Meter Is Running – Legal Bills in Campbell Shooting Hit $354,000

Settlement talks in a federal lawsuit filed by the family of Aaron Campbell—an emotionally distraught man shot by police after a standoff outside his home last year—have been postponed until later this summer, according to attorneys handling the case. 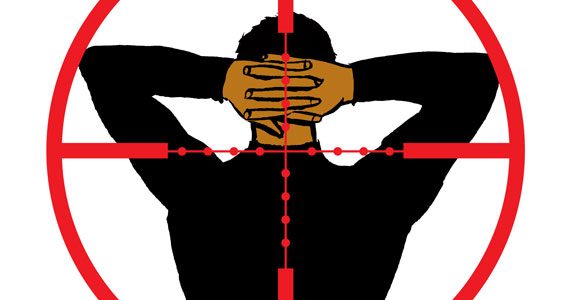 The complaint filed against the city and four officers disciplined in the shooting, Liani Reyna, John Birkinbine, Ryan Lewton, and Ron Frashour (the shooter, who was fired last November) was amended to include a claim that Campbell’s mother was harassed by unidentified cops after the shooting. Defense attorneys now say they need more time to gather evidence.

And that means at least one thing: Portland’s legal bills related to the shooting will continue to climb. Earlier this month, city council approved tentative contract extensions for the private attorneys it’s paying. If no settlement can be reached, the trial is scheduled to start next February, Landrum said.

Through the end of April, according to figures obtained through a public records request, Portland has spent nearly $295,000 defending itself and the four officers named in the suit. The city is bound by law to pay for Frashour’s defense even though he was later fired, because he was a city employee at the time of the shooting.

The real cost, however, is even higher thanks to an awkward, ironic twist.

Campbell, distraught and unarmed, was shot in the back by Frashour at the end of the long January 2010 standoff. Reyna and Birkinbine, the two sergeants on scene, were suspended for two weeks over severe communication lapses. Lewton was also given a two-week suspension for escalating the standoff, firing a beanbag shotgun at Campbell because he didn’t like where Campbell put his hands.

Through May 11, the city has spent close to $59,000 on outside legal counsel (to avoid a conflict of interest) to rebuff an arbitration claim by the city’s main cop union, the Portland Police Association, that Frashour should be allowed to return to his post. Frashour has argued he thought Campbell was reaching for a gun. Hearings have been scheduled for September.

The total sum connected to the Campbell shooting is not insignificant. And it doesn’t include any potential settlement costs. One citizen, Dan Anderson, addressed the city’s high legal costs at a budget hearing last week. He shared some numbers with the Mercury from a records request of his own, filed this spring. Overall from 2008 through 2010, the city has spent $2,544,907.82 on legal counsel on tort claims filed against its police officers.

“This kind of savings could underwrite richer neighborhood-focused programs—particularly in those geographies where a lack of service and investment equity have been shown to exist,” Anderson testified. “Or it could go a fair ways toward addressing the staffing shortfalls in the police bureau.”

Meanwhile, new revelations in the Campbell case have emerged in recent weeks. The family’s lawyer, Tom Steenson, declined to comment while the case is pending. But in court papers filed in April (and first reported on Blogtown), Steenson wrote that “a jury could easily conclude that Frashour is lying” when he says he saw Campbell reaching into his waistband—because, Steenson argues, Frashour was the only witness in depositions to testify he saw such a thing.

THE HIGH COST OF A POLICE SHOOTING

Source: Office of Management and Finance