Judi Chamberlin, whose involuntary confinement in a mental hospital in the 1960s propelled her into a lifelong leading role in the movement to guarantee basic human rights to psychiatric patients, died on Jan. 16 at her home in Arlington, Mass. She was 65. 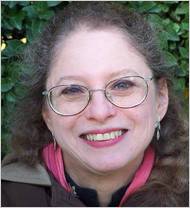 The cause was pulmonary disease, said Martin Federman, her companion since 2006.

“It was not into one of those horror-story-type places” that Ms. Chamberlin was committed in 1966, Mr. Federman said. Still, those five months in a state hospital in New York City for a diagnosis of chronic depression were enough to shock her into action.

She was then Judi Ross, 22 years old, and had suffered a miscarriage. “She didn’t get over that, as people kept telling her she would,” Mr. Federman said. After several voluntary hospitalizations, she was involuntarily committed.

“There are real indignities and real problems when all facets of life are controlled — when to get up, to eat, to shower — and chemicals are put inside our bodies against our will,” Ms. Chamberlin told The New York Times in 1981.

There was a lack of activity, of fresh air. There were seclusion rooms and wards for noncompliant patients, even those who were in no way violent. The drugs, which made her lethargic and affected her memory, seemed more intended to control than cure. And she could not sign herself out.

She had become, she said, “a prisoner of the system.”

After her release, Ms. Chamberlin began working with several organizations in the budding rights movement for mental health patients. She gave speeches and interviews throughout the country. Then, in 1978, her book “On Our Own” (Hawthorne) was published.

“It became the bible of the movement,” Daniel B. Fisher, executive director of the National Empowerment Center, said in an interview. The center, run by people who have experienced mental health issues, is a federally financed organization that provides support, teaches recovery skills and works to reduce the stigma faced by psychiatric patients and those who have recovered.

Ms. Chamberlin’s book “is a set of beliefs and principles,” said Mr. Fisher, who recovered from schizophrenia. “The most fundamental is in the subtitle: ‘Patient-Controlled Alternatives to the Mental Health System.’

“Embodied in that,” he continued, “is consumer control of not only the treatment but of the new paradigm for recovery, which goes beyond what the system provides and encompasses all the support and services needed to lead a full and meaningful life in the community: education, housing, jobs.”

Not surprisingly, Ms. Chamberlin was a critic of the old system, of large institutions in which people were given little hope of recovery and essentially told to accept that they would always lead a limited life.

In 2000, she was a primary author of a federal report by the National Council on Disability called “From Privileges to Rights.” The report made clear that within the traditional system patients had to earn privileges, among them to see visitors, to leave the grounds and to have their own clothes. Those should be basic rights, not earned privileges, the report said.

Ms. Chamberlin was also a member of the team that framed the mental health recommendations in the United Nations Convention on the Rights of Persons With Disabilities. The convention, adopted by the General Assembly in 2006, calls for mental patients to be treated with dignity and for a reduction in forced treatment.

Born in Brooklyn on Oct. 30, 1944, Judi Ross was the only child of Harold and Shirley Jaffe Ross. Her father was an advertising executive, her mother a school administrator.

Her marriages to Howard Cahn and Robert Chamberlin ended in divorce. Besides Mr. Federman, she is survived by a daughter, Juli Chamberlin of Medford, Mass., and three grandchildren.

“The public dislikes mental patients, mentally retarded people, the physically disabled, the deformed or disfigured — and often such people are incarcerated in institutions euphemistically called hospitals, schools and homes,” Ms. Chamberlin wrote in her book. “The public’s aversion to people who are different is not sufficient reason to justify locking them up.”

One Reply to “Judi Chamberlin, 65, Is Dead; Fought for Rights for Mental Health Patients”