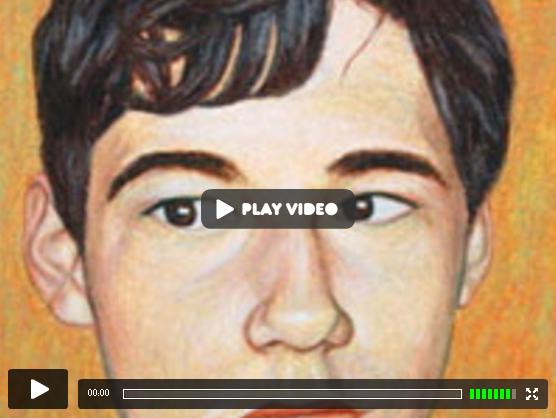 The Mental Health Association of Portland is using Kickstarter to finish the documentary film, Alien Boy: the Death and Life of James Chasse.

Over 400 persons have already contributed time, in-kind services and cash to create this important documentary film. Join them – and your contribution is fully tax deductible.

What Happened to James Chasse?

On September 17, 2006, James Chasse, a small and gentle man with schizophrenia, was tackled by three law officers in front of dozens of eyewitnesses on a downtown street corner in Portland, Oregon.

He was not suspected of a crime, nor had he committed one.

Eyewitnesses report the officers used “knees to the chest, punches to the face” and a Taser to subdue Chasse. He was handcuffed and lost consciousness for several moments. Eyewitnesses feared he was dead.

Paramedics arrived to the scene, but police neglected to share the truth of their violent struggle with Chasse, or his loss of consciousness. Chasse was then hogtied and loaded into the back of a police car and taken to the police station, not a nearby hospital.

Jail nurses refused to admit Chasse due to the extent of his injuries, and demanded he be taken to a hospital. Rather than going to one of three emergency rooms within two miles, the officers who beat him started to drive Chasse to an emergency room six miles away. He died in the back of the police car.

The autopsy reports Chasse suffered 17 broken ribs, a separated shoulder, a punctured lung, and numerous bruises and contusions. At the scene of the struggle, police told on-lookers Chasse was homeless and had 14 felony convictions for selling cocaine. Not true: Chasse had no criminal record and lived in an apartment just a few blocks away.

Alien Boy: the Death and Life of James Chasse is a feature-length documentary film that:

The film takes a deep look at Chasse’s life, uncovering his suburban childhood, participation in Portland’s early punk rock scene, the onset of his schizophrenia in his teen years, the peeling away of friendships and opportunities as his illness progressed, and his ability to carve out an independent existence despite his mental illness.

Your Help is Crucial

The documentary film Alien Boy: the Death and Life of James Chasse is a project of the Mental Health Association of Portland. All donations are tax deductible, and all revenue generated by the film goes to support the nonprofit advocacy organization.

The director is Brian Lindstrom, who has made two other feature length documentaries, Kicking, about drug detoxification in Portland, and Finding Normal, about recovery from drug addiction, also made in Portland.

John Campbell, cinematographer of Alien Boy, is a veteran cameraman with credits on dozens of Hollywood films, including two with Gus Van Sant, Mala Noche and My Own Private Idaho.

Charlie Campbell composed the score and select additional music for the film. Charlie is a semi-retired rock musician most famous for fronting the band Pond. He now creates music for TV and movies, including Full Grown Men and Winter’s Passing.

Andrew Saunderson is Alien Boy’s Co-Editor and Associate Producer. He joined the production team in 2008 while a student at Lewis & Clark College and quickly established himself as indispensable. He was Assistant Editor on the feature-length documentary To Pay My Way With Stories (2009) and the award-winning narrative/documentary hybrid Old Town Diary (2010).

Thank you for your support.